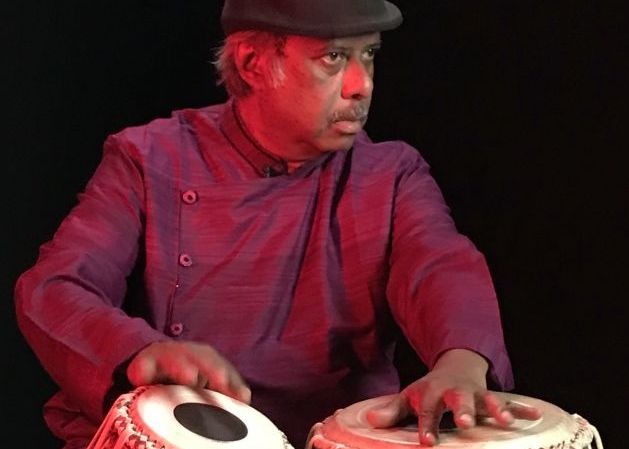 Artistic Director of Toronto Tabla Ensemble after moving to Toronto in 1987 currently living in London, Das has built an illustrious career as a musician, composer, and educator. At that time, he began teaching tabla at all levels in Ontario and founded the Toronto Tabla Ensemble with a group of his advanced students in 1991. Since then, they have toured Canada and abroad producing seven studio albums that have brought Das several accolades and awards. As a result, Das was recognized with the Roy Thomson Hall Award in 2016 by the Toronto Arts Foundation. Using tabla and Indian percussion as a vehicle, Das has worked with artists from seemingly any genre of music and dance including Jeff Martin and the Tea Party, Jane Siberry, Loreena Mckennitt, Sonny Greenwich, modern dancers Allen and Karen Kaeja, flamenco artist Esmeralda Enrique, and taiko drummer Kiyoshi Nagata to name few. His album, Firedance, received a nomination for the Juno Award for Best Global Album.