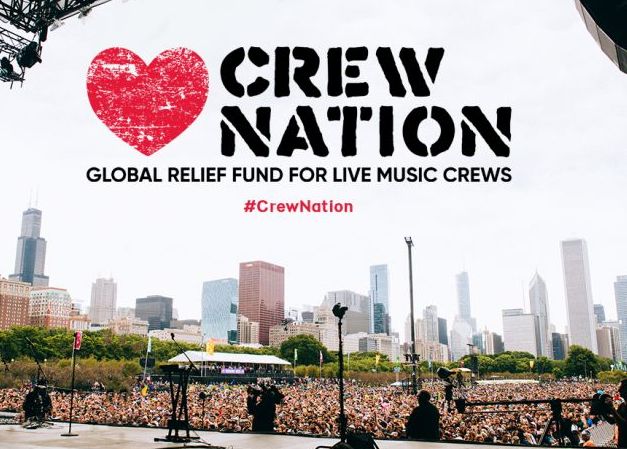 New relief programs and stimulus packages are being announced as we continue to watch the impacts of COVID-19 on the world as a whole.  With live music being placed on hold, it's important to support those who are currently sidelined. Recognizing the important role that live music crews play behind in staging events, Live Nation has launched a Global Relief Fund for live music crews called Crew Nation.

Dollar for dollar, Live Nation has committed $10 million to Crew Nation. An initial donation of $5 million is first being made then matching an additional $5 million given by fans, artists, employers and other donation sources. The world’s largest artists are getting behind the cause including Madonna, Foo Fighters, Lady Gaga, Post Malone, Miranda Lambert, Coldplay and Billie Eilish among many others.