The 33rd annual Folk Music Ontario conference is coming up on September 27-29th! The event will take place at the Hilton Toronto Airport Hotel & Suites in Mississauga and London will be represented. If you haven’t heard, the Folk Music Ontario conference is a key event for the Ontario folk, roots, and traditional music community. This is a great networking opportunity as many figureheads of the industry will be attending.

Attending delegates will have opportunities to hear provocative speakers, engage in roundtable discussions and private meetings with industry professionals, connect with panelists during educational seminars and workshops, experience performer showcases, celebrate recipients at the annual award show, plus so much more. London will once again be hosting a showcase event during FMO on Saturday September 28th in the Erin Mills Room from 12 - 2pm.

London performers being featured include: 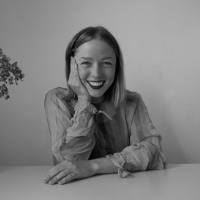 Finding joy in shared experiences and moments, Yessica Woahneil uses music and performance as an opportunity to connect and engage with the world around her.

WHOOP-Szo are a tricky band to shelf. At one listen, you might latch onto their folkie regionalism and proclivity for place-based storytelling, and then, two tracks later, it might be the thoughtful architecture of their noise-building that reels you in. For some, it's the psychedelic tint that captures them, and for other careful listeners, it might be the passages that touch on drone metal.

Katherine Fischer’s unique pop confessionals are the medicine for when our hearts get sick, served with an eccentric dose of sugar to help it all go down." To see her play, is to know her story and end the night as if parting from an old friend. Sharing songs from festival stages at Winnipeg Folk and Home County Music and Art to living rooms with SOFAR sounds, Katherine has played over 150 shows in her short, yet momentous, musical career. Her FACTOR & London Arts Council funded EP "Wildflower Heart" is available now.

With stories and songs that kindle late-night Canadian campfires, John Muirhead’s heartfelt indie-folk sound will move you in more ways than one. From fingerpicked folk confessionals to upbeat roots-rock jams, John’s eclectic song collection reflects the highs and lows of love, ambition, and being a young travelling musician. While he is based in London ON, John is a a troubadour by nature and has played in living rooms, theatres, moving trains, and folk festival stages across Canada.

With influences including Joel Plaskett, Frank Turner, The Weakerthans, and Julien Baker, John’s primary goal is to change the lives of listeners the way music has changed his. In the two years since the release of his debut EP Yesterday’s Smile, John has been nominated for a Canadian Folk Music Award, given an honourable mention in the Canadian Songwriting Competition, graced the stages of legendary festivals including The Winnipeg Folk Festival and Home County Music and Arts Festival, and released two follow-up EPs, Foundational and Head Stays Down. 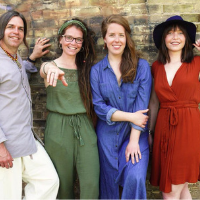 The Pairs are a folk pop quartet from London, ON. Powered by 3 classically trained vocalists and a former punk rock drummer, their unique blend of harmony and rhythm will hug your eardrums and FORCE you to dance. Their storytelling and honest songwriting provides an uplifting audience experience you won't want to miss. With 3 unique song writers at the helm, The Pairs are able to create a diverse repertoire using their individual lives as inspiration for their writing. Employing music as a tool for sharing stories of life's challenges, personal growth, hope and hilarity, The Pairs inherently connect with the audience/ community through their emotion full performances. The Pairs released their first EP in Feb 2018 and are preparing to release a second in the spring of 2019.

Register to attend the conference as soon as possible. Folk Music Ontario members receive the lowest registration rates! The full conference schedule can be found by clicking here. Full details regarding admission costs, conference attendees, and much more click here.