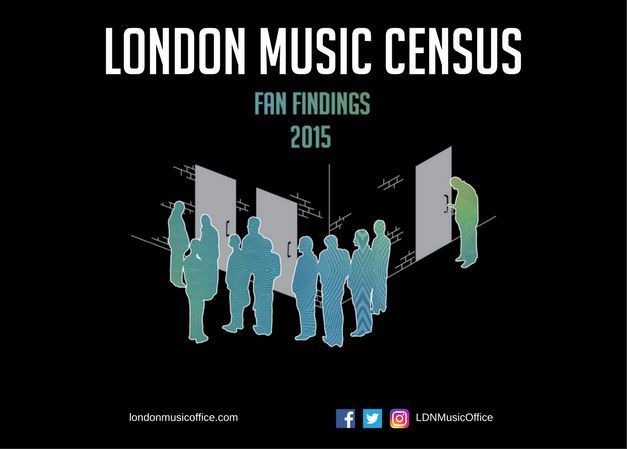 The first London Music Census has allowed us to establish baseline figures for future comparison and has helped create an inventory of music assets. The census also helps advance London’s Music Strategy by giving a deeper understanding of the current state of the music industry in London.

The London Music Census was conducted over the summer of 2016, taking a look back at the music sector in 2015. The information collected offers insight into the local music industry with results gathered from 650 Londoners.

London has strong gender diversity within its active music listening fan base with 51% of music fans being female, showing a healthy balance helping to create equal opportunities for local artists and bands. The primary market for music fans falls within the 20 – 34 age bracket accounting for 48% of the fans surveyed. London is also well-suited for youthful music fans with a major concentration of post-secondary level students, and 875 students specifically studying music and music business. A youthful fan base drives demand for modern musical styles, keeping both venues and performers active in managing and implementing the latest trends in music. 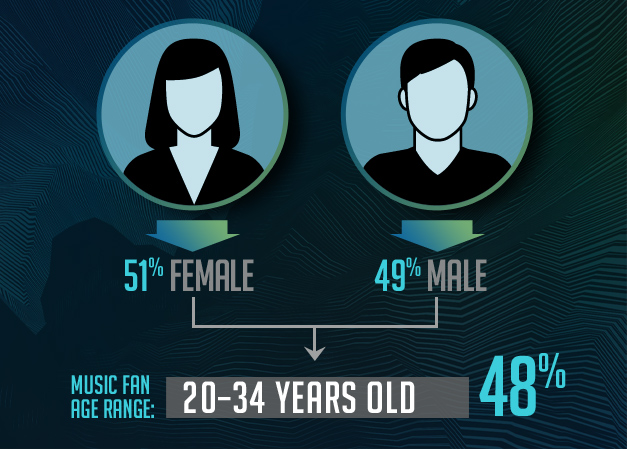 Understanding how music fans connect, share and disseminate content was an important area of focus within the London Music Census. Connecting with new and existing audiences has proven to be difficult for artists at times and access to music content and events has been noted as a barrier within London. Of the fans surveyed, 97.2% are active social media users. This is a significant figure as it creates an opportunity for fans to connect with the 90% of local music acts using social media platforms for their projects. This engagement shows London’s music scene is technologically savvy, current, and well-connected. In many cases, social media has become the primary tool for musicians and fans to connect and engage with one another and to share content, updates and promotions. Facebook was reported as the most utilized social platform with 88% of those surveyed actively using the social network. Not surprising, YouTube is the second most used form of social media with 73% enjoying music via YouTube. 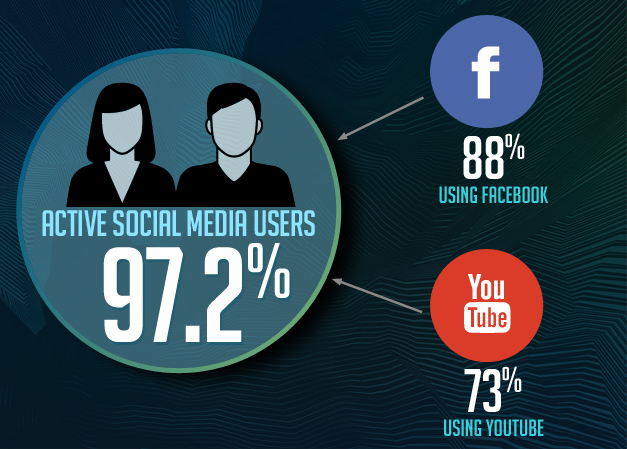 Mirroring current industry trends, music fans are consuming content through a variety of streaming technologies. Of the 650 respondents, 81% indicated using free streaming programs such as YouTube or Spotify’s ‘Freemium’ services, whereas 39% indicated spending money on premium, paid streaming services such as Apple Music, Google Play, Spotify etc. Many use a combination of platforms.

Ownership of music remains a priority for many Londoners as 70% purchase music whether in physical or digital format. A contributing factor to physical sales has been the revitalization of vinyl records, themed days like ‘Record Store Day’ and special limited edition prints. Despite the upswing in sales, piracy still remains a major threat as 43% of survey respondents claim to download music. It should be noted that not all downloading is illegal and 56% download through a paid service like iTunes. As piracy continues to shrink across the continent streaming is largely being seen as a viable replacement. 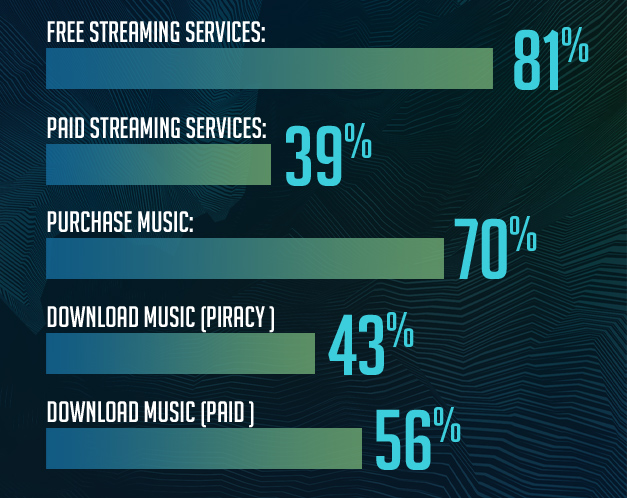 The majority of Londoners stay in town to attend live music events, but the average London music fans will also attend at least one out-of-town music festival every year. The average Londoner attended 1 - 4 local music festivals in 2015. When asked how they listened to music, 92% of Londoners, said live performance was a significant part of their listening experience. Attending concerts, festivals and other events was seen as an ongoing form of entertainment with the average Londoner attending 14 musical events a year. Municipal by-laws may impact attendance as 61% of fans surveyed are in favour of seeing the 11 p.m. curfew for outdoor festivals and events extended past 11 p.m. Only 1% of those surveyed noted they would be in favour of seeing this curfew set to an earlier time. The current ban of amplified entertainment on patios also limits the community’s intake of live music. 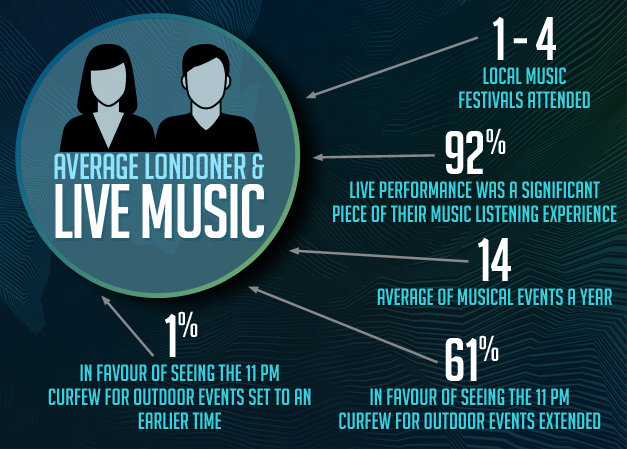 As the creative industry in London continues to grow, new and exciting business opportunities are emerging within the creative sector.

With the abundance of culture consumption, some respondents have expressed concern that London’s appetite for live music has dwindled away. That may not be the case as 92.6% of London music fans believe that live music has real inherent value, and say they have no issue paying to see concerts, shows, and festivals. Further to this point, 69.6% of music fans purchased music in 2016. These numbers show that Londoners are willing to support the bands and artists they love with their hard earned cash! This is an essential component for any local music scene to grow and thrive. 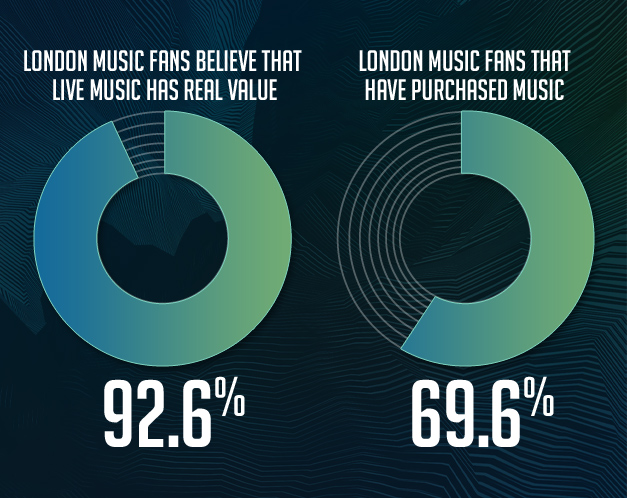