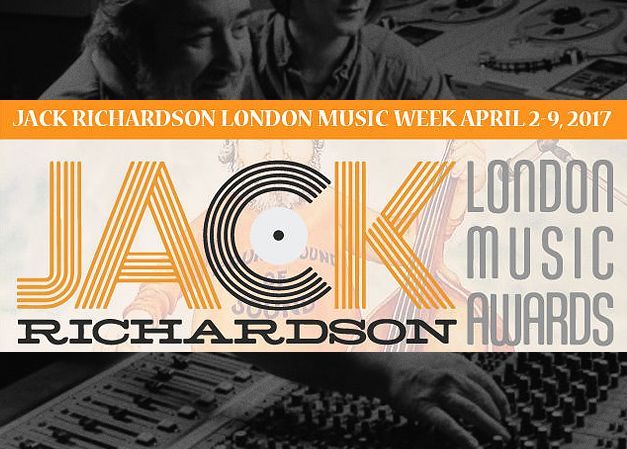 In addition to working on hit records, Jack Richardson also had a passion for working with, teaching, and inspiring young up-and-coming musicians. To celebrate Jack’s passion for education, Jack’s Battle of the High School Bands, takes place on Friday, April 7th at Rum Runners with registration open now and closing on Friday, March 24th.

The yearly competition offers youth musicians the opportunity  to not only win a performance spot on the main stage at London Music Hall during the Jack Richardson London Music Awards showcase (April 9th) but also provides this year’s winner with a prize package valued at over $2500! Prizes include a fully engineered, produced, mixed, and mastered song recorded at London’s famous Charterhouse Studios for release on iTunes and Spotify, a full live studio session video for digital release, and an opportunity to have the song played on a London Corus Entertainment radio station (FM96 or Country 104).

Eligible performers will be judged on Musical Ability, Originality, Stage Presence, Self-Promotion, Fan base Draw, and Overall Impression, and must play a live set that is between 8 and 12 minutes long that fully captures the essence of what the band is all about.

All rules, regulations, judging elements, and application details can be found on the Jack’s Battle section of the Jack Richardson London Music Awards website at jrlma.ca/battle-of-the-bands. Good luck to all contestants!