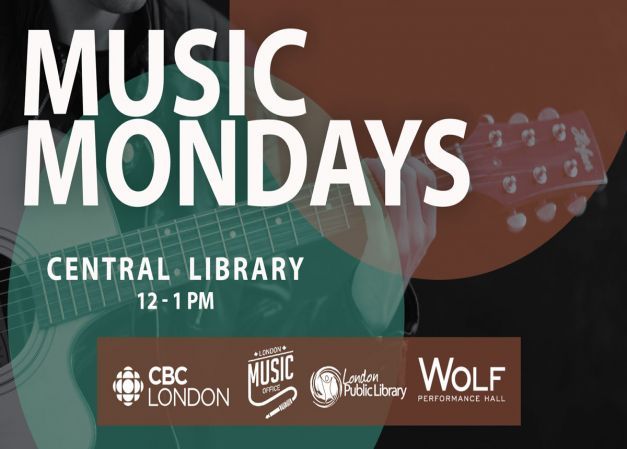 After a very successful pilot program this summer, London Music Monday’s have been extended. The summer edition featured ten (10) local London artists while the fall edition of #LdnMusicMondays will feature six (6) artists beginning on Monday, September 16th. The goal is to host as many events outdoors in the Library’s Rotary Reading Garden and move inside the Central Library. Common Area at 251 Dundas St. as the weather gets colder.

Robert Giorgini, Coordinator, Wolf Performance Hall Meetings & Events Services is excited to see the program extended stating, "We were so happy to see how successful our inaugural season of Music Mondays was. What better way to show our appreciation to our community for supporting our efforts, than by making Music Mondays a year-round program? With an average audience of over 100 people per performance, we welcomed well over 1,100 guests to take in some great live music over the summer in our Central Library Garden. We can't wait to showcase more talented locals!".

The fall dates begin on Monday, September 16th with a live performance by Londoner Carly Thomas. As part of the program, CBC London will highlight each performer on their morning show. CBC London gives listeners an opportunity to hear the featured artists song, as well as a one-on-one interview with London Morning Host Rebecca Zanbergen.

Partnering on this great initiative is Wolf Performance Hall, London Library, CBC London and London Music Office. Full listing of performances is listed below. All shows are free to attend and open to the general public. Doors open to the public at 12:00pm with performances starting shortly thereafter.