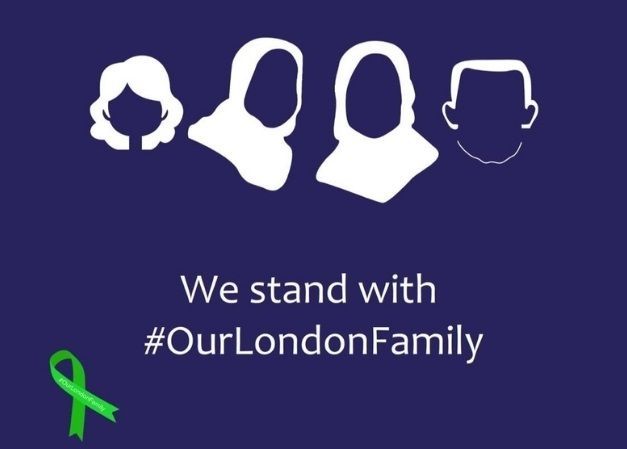 Sadness fills our hearts. Londoners are shocked by the horrific and heinous act committed to an innocent London family on June 6th.  There is no room for racism in our world. London as a community is in mourning.

We are encouraged by the support Londoners shows & stand with #OurLondonFamily & the Muslim community. It is important to recognize the hard work so many have put in to make London a more welcoming community. At this time we would like to highlight the work of London & Middlesex Local Immigration Partnership (LMLIP) and quote a statement from their organization. Below is information about a Friday June 11th multi-faith march to end hatred.

Dear Friends,
It is with deep sorrow but solidarity that we write you today as co-chairs of the London & Middlesex Local Immigration Partnership to express our thoughts about the recent racially motivated physical attack in London. A peaceful, community-minded family who came to Canada to make a better life for themselves has been destroyed because of their appearance and faith. Four family members have died, and a young boy is seriously injured, recovering in a London hospital and about to learn the terrible news about his family. We join all Londoners in expressing our condolences to the family of the victims and to the Muslim community.
This act of hatred and intolerance goes against all the hard work that the LMLIP has done to create a welcoming community for all. Despite the efforts of many to create a community that is safe and welcoming to all, racism in all its forms is unfortunately a reality in London.
We are encouraged by the messages of support we have heard and received from political leaders, faith leaders and community organizations in London and beyond. The LMLIP commits to continued and re-doubled efforts to eradicate all forms of racism, including Islamophobia and xenophobia and to create a welcoming community for all. As we do this, we will work closely with the Muslim and other communities.

To show our solidarity with the Muslim community, LMLIP and its partners will participate in a multi-faith march to end hatred on Friday June 11th, departing from South Carriage and Hyde Park at 7 pm and arriving at the London Muslim Mosque at 8:45 p.m. We will be distributing free #AllareWelcomeHere lawn signs and decals at the start of the march, following all COVID-19 protocols. #AllareWelcomeHere #TousSontLesBienvenuesIci. 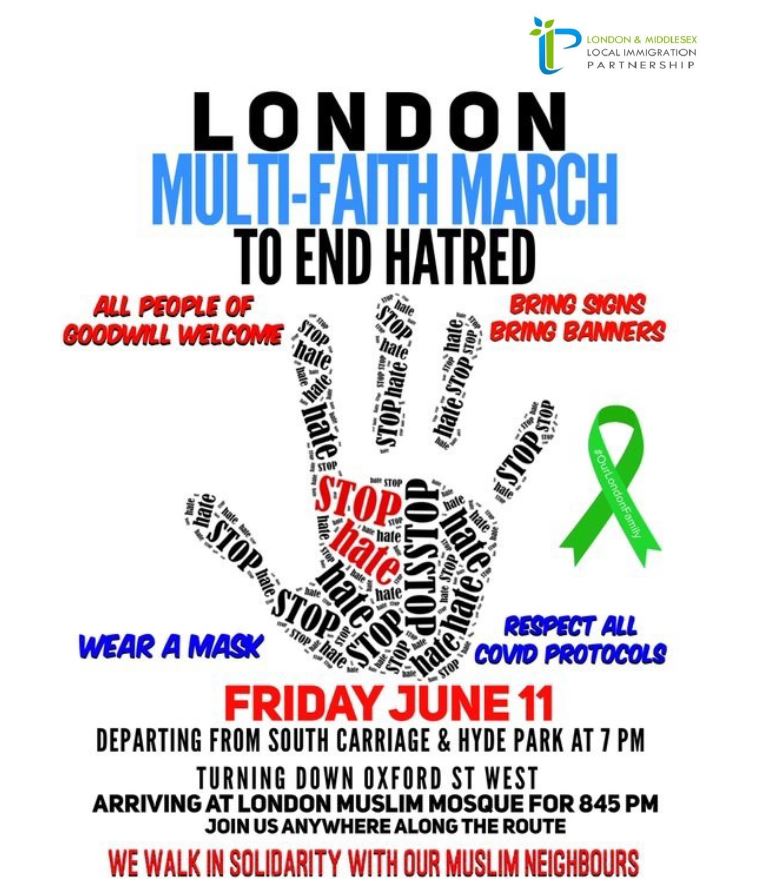