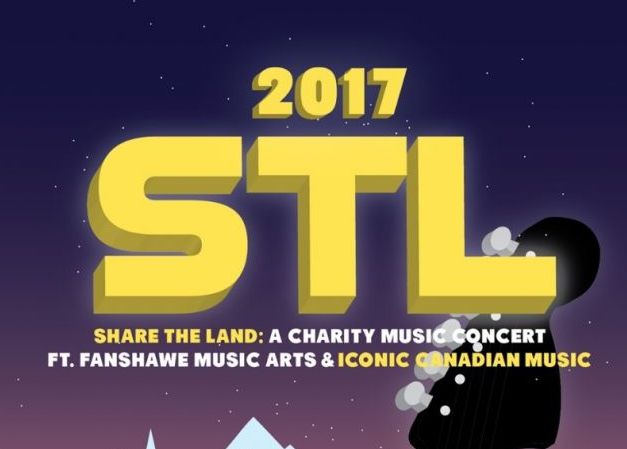 Aeolian Hall is alive with the sound of new and classic Canadian music! This Wednesday, February 8th, is the sixth year of the highly acclaimed Share the Land concert put on by the second-year students of Fanshawe’s Music Industry Arts and Audio Post Production programs.

The charity concert, held yearly at Aeolian Hall, began as a tribute to famed producer, engineer, and Music Industry Arts professor Jack Richardson, with all proceeds made from the concert being donated directly to Heart and Stroke Foundation in honor of widely celebrated professor. Jack Richardson, who gained fame by working with such artists as The Guess Who, Alice Cooper, and Kim Mitchell, died on May 13th, 2011.

Going along with the yearly theme of the show, performers in the Music Industry Arts program are tasked with writing, arranging, and performing fresh, new renditions of new and classic Canadian hits. Even if they are not performing, all students in the second year of MIA are involved in the success of the show, helping with roles like stage managing, instrument/hardware tech, merchandise, logistics, and Master of Ceremonies, just to name a few. This year’s show will be featuring reworked covers of classic songs from bands like The Barenaked Ladies, The Tragically Hip, Trooper, Jully Black, and Steppenwolf.

Tickets are $10 and will be available every day at Fanshawe College’s Biz Booth until the day of the concert, but hurry, tickets are moving incredibly fast, as this event typically sells out every year!

For a full, concise writeup about the show, including history of the event, interviews with performers and show staff, and more information about the Share the Land initiative, check out Interrobang’s full article on the Fanshawe Student Union site.