Who's set for BluesFest?!

BluesFest – you know the name. It’s been rocking London in a number of forms for the past 15 years, bringing that high-quality you love! It’s also one of the most transformative festivals in London, always incorporating new elements to keep the experience fresh n’ zesty.

Generally held in Downtown London, BluesFest has been a huge proponent of live music in the region, featuring many local and regional blues acts. Over the years, the festival has undergone 4 different leaderships, each offering a unique experience. In 2012 however, the festival hit financial barriers and was unable to continue.

Enter Ron Schroeyens. The local music scene knows the name well and, for those of you who don’t, you’ve likely heard of the London-based The P.A. Shop. Ron owns and operates (along with his family) The P.A. Shop and, having been the ‘sound guy’ for many of the regional indoor/outdoor festivals and concerts over the years. It goes without saying, his experiences speaks volumes about the professional quality of his work! He’s been on the technical side of the festival for the past seven years and has been its producer for the past two.

Having revived BluesFest in 2016, the festival was once again able to breathe new life into the community! Held at Victoria Park, the free festival offered the talents of many local acts and launched the ‘8 Bar Blues’ program, which featured many local acts performing at nearby bars surrounding BluesFest. This initiative is to ensure the exposure and promotion of London’s indie music scene. 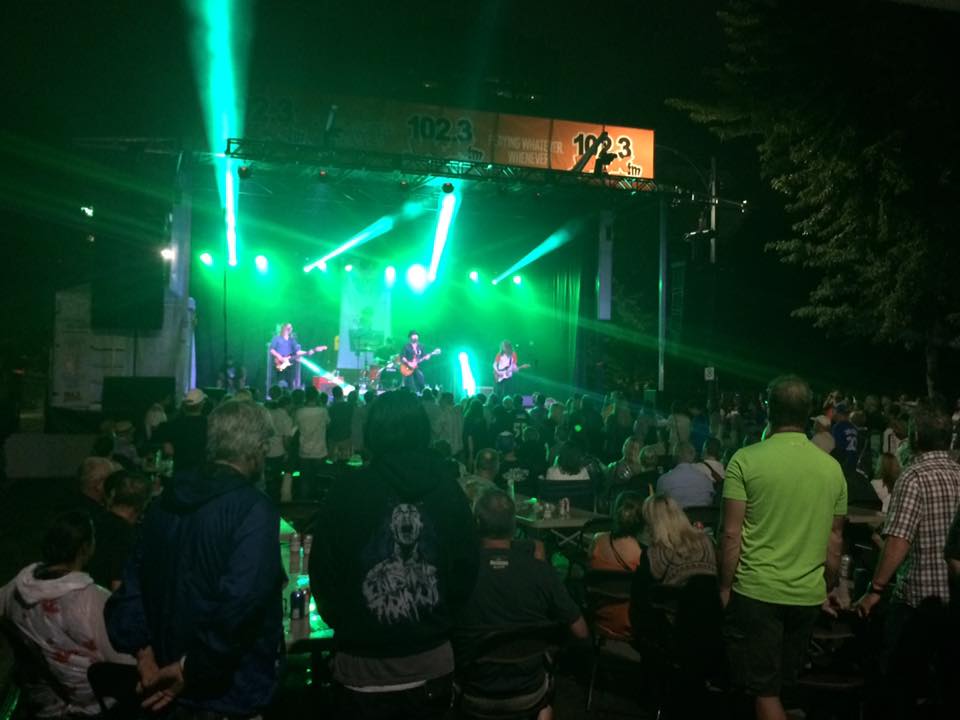 Now, BluesFest is back for 2017 and it will be held at Harris Park! Blues has become a paid & licensed festival, what it offers is unparalleled! Burton Cummings (The Guess Who), The Wallflowers and the Rock Pack (featuring Bobby Kimball of Toto, Lou Gramm of Foreigner, John Payne of Asia, and Steve Augeri of Journey! There’s a whole gang of other notable acts performing.

Over a conversation we had over the phone, Ron began by telling me that BluesFest has always done things a bit differently. Unlike most festivals that cater to an all-age audience, BluesFest has recognized the need for a more of-age festival.  He explained that London, whether it’s been publicly acknowledged or not, has always been a music city and there is a demographic of more mature music lovers (roughly ages 25 – 70) to prove it. He added that there just isn’t enough live music entertainment for that range in the community.

One thing he assures is it’s all about the music and the experience. You can beat the heat with some cool refreshments (both alcoholic and non-alcoholic), check out the wide range of food trucks / stations, and there’s always a good find to be found at one of the interesting and diverse selection of merch/crafts vendors. To wrap up the 3-day event, Ron will be partnering with more nearby bars for another ‘8 Bar Blues’ to help showcase more local talent!  With the success of this year’s turnout, Ron looks to keep breaking barriers and making each BluesFest bigger and better in the years to come.

Speaking realistically, making shows happen has been his bread and butter since he was 20 years old and has been an entrepreneur to a few ventures. Over the years, he’s been a part of the music scene as a performer. He’s gained lots of insight having been involved as an audio technician and production logistic manager. Having been a bar owner, he understands the economic value live music can have on local business (hence building cohesion between bars/venues and musicians with the 8 Bar Blues).

As we were wrapping up our chat, I had to ask what it was that motivates his love for music. His response was genuine and quite relatable: “Music is a fantastic part of the fabric of life. It gives people inspiration and during the low points. It also brings joy and fulfillment in the highs.”

With words like that to back up his passion, it wouldn’t be a stretch to imagine this year’s BluesFest taking off and being one of the best to date.

All the best, London! Have fun at the (Blues)Fest!