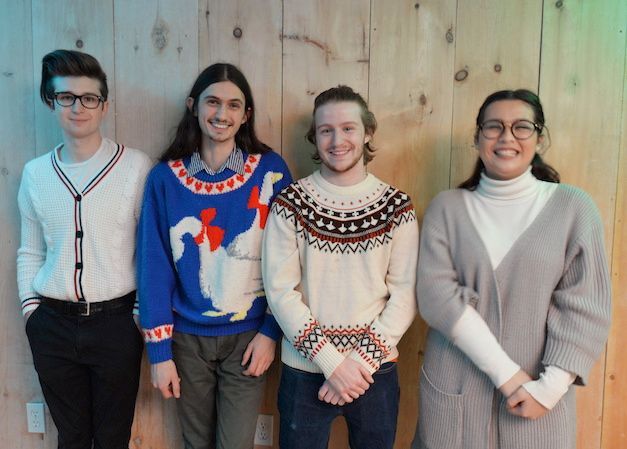 Esther’s Family is the musical embodiment of ugly sweaters, awkward photos and grandma’s homemade hummus. Based in London, Ontario, this collective of musicians boasts high energy shows, quirky personalities, nostalgic melodies and wholesome lyrics. They primarily play indie folk-rock music, but have been known to play the odd 80s dance hit or spit some fire rhymes from time to time. Their unique instrumentation often features cello, guitar, standup bass, and various percussion, allowing them to present an exciting show whether the venue is a tiny coffee shop or large scale stage. Venues they've performed in include The London Food & Wine Show and an upcoming feature in The Share the Land Concert in the London Music Hall. Their recently released single "Genial Rays" is a moody folk ballad reminiscent of artists such as Bon Iver and Mumford and Sons. The single is part of a soon to be released 6 song EP "High Fantastical."