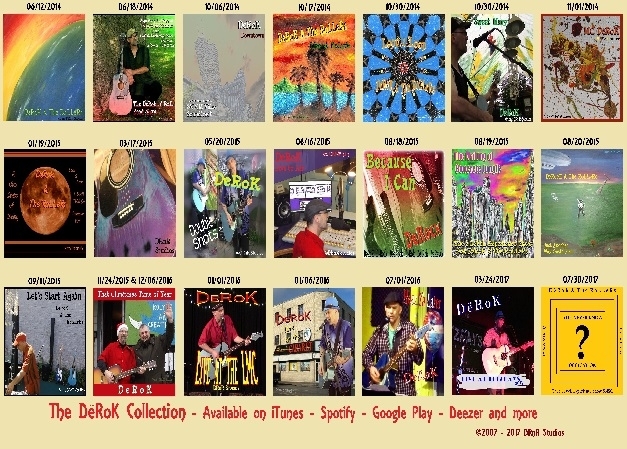 DëRoK is a London Singer/Songwriter, Indie Recording Artist, Sound Tech, Radio Show Host and Producer, Open Mic Host and Promoter. DëRoK has played in over 425 shows since 2011. DëRoK has shared the stage with close to 500 others in just the past few years doing shows and open jams at KoLyfe Art Creation and running open mics at the London Music Club. Under his own label, DRnR Studios, DeRoK has released a collection of over 80 songs since 2014, and in 2017 released the "Live at Fitzrays" album and the latest single from the DëRoK & The RoLLeRs, "You Never Know". DëRoK is currently working on new material for the new band he's in called Walkin' Stick. DëRoK records local musicians during the open mic nights and with those recordings, produces over 300 songs a year for his radio show and has produced close to a thousand songs since 2015. Currently DëRoK is promoting hundreds of local artists through his radio show on CHRW Radio Western and adds about 50 new artists a year.