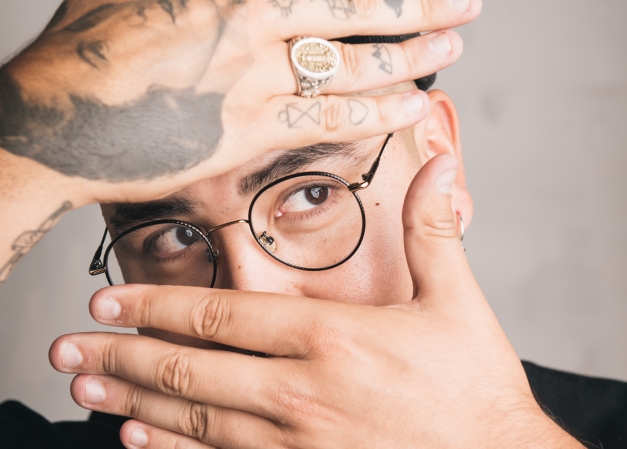 Eight years into the story of Wolf Saga, electropop polymath Johnny Saga is ready to debut his self-titled LP. A 2018 JUNO Masterclass Finalist who was named RBC Canada Emerging Artist in 2017, Saga’s dreamlike synths dynamize as they soothe, offering a matured take on the affable bangers of the 2010s—MGMT, Daft Punk, Justice and Boyz Noize come to mind, with the wisdom of a decade in between. Wolf Saga was named to honour the spirit of the wolf—a loyal protector of loved ones that holds special meaning in Saga’s Ojibwe culture. With this album, generous in its wisdom and lavish in its fun, Saga is on a quest to give listeners a reason to dance, but jokes that it’s not all bottle service and strobe lights. The album’s songs, guided by the unwavering presence of Saga’s father, who passed away in 2019, were inspired by important causes, such as Black Lives Matter and support for Indigenous land defenders. Saga wants listeners to pay attention.