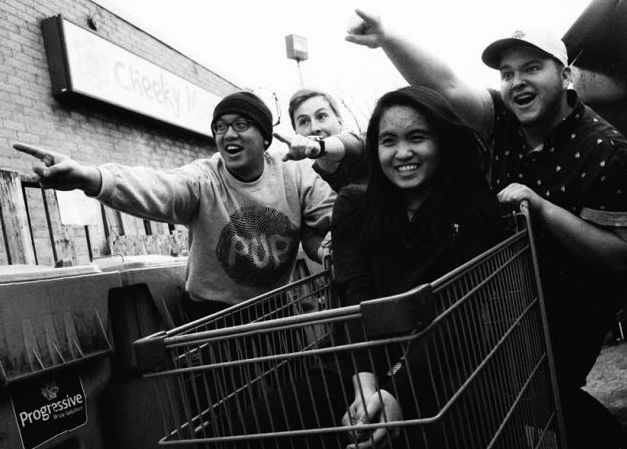 Whether it’s battling insomnia or being wired on an unhealthy but legal amount of caffeine, frontwoman Anela Navarro, met guitar player Alex Hindriks, drummer Dylan Sabater and bassist Hayden Vandenbosch in the empty hallways of Fanshawe College in the early hours. Hence their name, Anela & the Early Hours. The 4 four piece indie pop rock band hailing from London, Ontario captures sincerity in their lyrics while masking it with exhilarating drum beats and uplifting guitar melodies that will make listeners groove to the music. Unexpected and insidious, Anela & the Early Hours’ songs are like the earworm that slinks its way into the brain and refuses to leave. In May 2017, Anela & The Early Hours debut their 7 song EP, Yesteryear and have been playing shows regularly. Their next album is soon to come out in the spring of 2018. Meanwhile, you can find Yesteryear on major streaming platforms such as Spotify and Apple Music.